McCann Worldgroup was Network of the Year at the Epica Awards for the fourth time in five years. We asked Suzanne Powers, President & Global Chief Strategy Officer, and Alex Lopez, the network’s new Global Chief Creative Officer, about the keys to worldwide creativity. 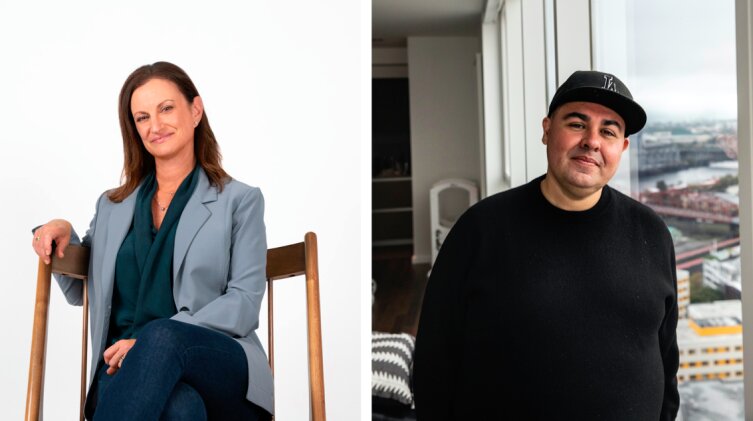 Although it can trace its roots back to 1912, when Harrison McCann launched his agency with the motto “Truth Well Told”, in some ways McCann Worldgroup feels like a young network. For the past few years it has been surfing a wave of creativity, gathering a flotsam of awards along the way.

Last December it was named Network of the Year at Epica for a record-breaking fourth time. The winning work came from as far afield as Scandinavia, South America, the Middle East and Asia – as well as the United States. How does such a large network achieve creative consistency?

“We actually have an operating system,” explains Suzanne Powers, President & Global Chief Strategy Officer. “It’s not a button that somebody pushes, but a system that all of our people subscribe to – and it’s called ‘Truth To Meaning’. As you know from our history, the concept of ‘truth’ is deeply embedded in our company.”

The system is fairly intricate, including training and collaboration across agency communities, but the result is a common language and methodology that leads to exemplary work. The network even has its own in-house awards as a way of sharing the fruits of this process.

Alex Lopez joined the network as its President & Global Chief Creative Officer in November 2021. For advertising geeks he needs no introduction – he worked at Nike for more than 20 years in a number of marketing roles, generating tons of pioneering initiatives. Remember the Fuel Band? Yup, that was him. So how does he view the challenge of fuelling global creativity at McCann Worldgroup?

“I look at it in two ways: we empower and we equip our people. Suzanne talked about how we equip them with the tools, the insights and the resources they need to bring great work to life. We’re also equipping them with our vision: as in, what is ‘truth well told’? And then we empower them, with the beliefs, the space and the support that enable them to do the right thing for their client partners – and crucially, to do that in the right way for their market, which I think is why the work is so representative in every corner of the world. We meet our customers where they are.”

The system is closely related to the network’s mantra, which is “to help brands earn a meaningful role in people’s lives”. It was one of the first networks to propose that brands should have a “purpose” beyond mere selling – an attitude that has since been adopted across the industry.

Suzanne says: “We set that mission seven years ago – and we’ve evolved it slightly. Originally it was ‘help brands play a meaningful role’, but we changed it to earn. The ‘earn’ part is an important tweak for us, because it puts pressure on us and our clients to do something that’s so creative and so distinctive that we’re actually earning that role.”

The concept requires getting to the heart of what a brand can do for its customers. “If you think about L’Oreal, for example, the role of that brand is to inspire confidence in women, so that they recognise their worth. Every single marketing activity and even product development activity could be centred around that. So it could link to purpose-driven work, but it could also link to the launch of a confidence-boosting new lipstick. Finding a role for brands wasn’t designed with ‘purpose’ as a goal, but as a way of driving and inspiring all their activities, which in turn gives them a relevant purpose.”

Even though he’s a relative newcomer to the network, Alex was familiar with this idea. “At Nike, that behaviour was built into the foundation of the company. Its mission is to bring inspiration and innovation to every athlete in the world – and if you have a body you’re an athlete. That’s one of the reasons why, when I looked at the work this team [at McCann Worldgroup] has made over the years, I was so drawn to it.”

He observes that while the mantra is only seven years old, the attitude is part of the network’s heritage. “What we’re seeing now is that consumers are asking more from brands, so to have been in that place for so long puts us in a really advantageous position. We’re able to advise our clients, because it’s not a place you can walk into without guidance. It’s not easy to understand how to truly connect, what your purpose is and how it’s meaningful in the world. The expertise we bring to the table is something that I think is invaluable.”

Research from the network’s insights unit Truth Central suggested well before the pandemic that consumers trusted brands more than government. And since this whole thing began, says Suzanne, “those numbers have gone up”. Of course people don’t think brands can solve disease, climate change or poverty. “But they do trust brands to show up in their different markets with quality, or with solutions to the supply chain issue that we’re in the middle of right now.”

Brands feel an obligation to reassure, innovate and create – which can only be good news for McCann Worldgroup. Alex also emphasizes the growing importance of content. “In the pandemic era the power of content has grown. It’s providing communication, connection and a sense of community. We’ve missed the ability to get together, so right now content is playing that role of a camp fire people can gather around.  It’s imperative that we as marketers understand that and communicate with our audiences in ways that are relevant to them. Because many of these behaviours will remain as we, hopefully, move out of the pandemic.”

Everybody knows by now – or they should do – that Epica is judged by the press. Advertising and journalism have always been neighbours, literally sharing the same space, but how has the relationship between the two evolved?

“I see quite a few parallels between journalism and what we do,” says Alex. “There’s a kinship and a partnership in the way that journalism comes to life with the support of advertisers and marketers. But in a more direct sense, what journalists and all of us in the communications industry are doing is seeing the world and speaking about it. The power of that connection is vital, especially in these times. While we bring a brand’s point of view to light in the world, journalists interrogate the world and bring facts to light. And when what we do as creatives gets close to that, it’s what resonates the most with the press.”

One remarkable example is McCann New York’s “True Name” campaign for Mastercard, which allowed transgender and non-binary people to display their chosen name on their cards (rather than their birth name). There’s no doubt that Epica jurors recognised the initiative as a great story.

A landscape of choices

Journalists are also drivers of reputation, observes Suzanne. “Growth is very much part of my remit, and you don’t grow without reputation,” she says. “Awards are part of that – but not just awards. How journalists choose to profile us, how they explain why we’re distinctive versus the competition, this is all critical for us to grow. And also to help our clients navigate the increasingly complex landscape of choices they have.”

At Nike, Alex told stories using every platform, from digital to long-form film. What does he think of the apparently shaky future facing print? “I’m a big believer that it will thrive,” he says emphatically. “The power of print to immerse yourself is huge. It’s tactile, it transports you to new places, it provokes thought. If you tell an advertiser that you’re giving them space in something like that, it’s incredibly appealing. When it’s done well, there’s really nothing like the stopping and staying power of a beautifully executed print ad.”

It’s interesting that Alex moved to McCann Worldgroup, when with his pedigree he could have strolled in to any network. He cites the people as central to his decision – and also the network’s strong client relationships. “We have some of the longest-standing relationships in the industry, whether it’s General Motors, L’Oreal, Mastercard or Microsoft. I came from Nike, which has a forty-plus year relationship with Wieden & Kennedy. One of my central beliefs is in the power of those relationships and the potential of what can be done when you truly unlock them.”

Sounds like that wave is going to be rolling for a while yet.

“I choose partners who get it, are responsive and fast”: Khaled AlShehhi