As a leading UK insurance brand, MORE TH>N is no stranger to defusing drama. Whether it’s fixing burst pipes or taking care of poorly pets, MORE TH>N prides itself on doing more to help its customers with life's unexpected dramas. So, MORE TH>N has teamed up with ITV to bring audiences a different kind of drama.

The new idents feature Mordenn, MORE TH>N’s cool and calm fictional founder, as he effortlessly defuses a series of dramatic moments with the line “Drama? …No drama”. From a patient going into cardiac arrest, through to a couple’s public break-up and passengers fighting for survival after a plane crash, the idents feature a range of tense scenarios familiar to many TV dramas.

The new idents, created by VCCP, launched on 18th March during “The Durrells” on ITV and the ITV Hub. The campaign will continue throughout 2018, sponsoring top ITV dramas including “Cold Feet” and “Vanity Fair”.

Gail Parker, Brand, Marketing and Distribution Director, MORE TH>N “We are excited to be sponsoring this great prime time drama schedule where our iconic brand character, Mordenn, can really connect with ITV’s viewers in defusing the drama in a series of idents. Classic television dramas draw families together and it’s great to have our brand at the heart of these moments.”

Adam Thompson, Creative Director, VCCP “When given the opportunity to create a set of fun and memorable idents for one of the UK's best-known insurance brands, we enlisted the help of laidback Scandinavian James Bond, Mordenn, to slide in and effortlessly save the day. Sitting within some of ITV’s best-known dramas, the idents needed to stand up against the shows high budget productions, so we asked directors Terri Timely to sprinkle some of their surreal comedy magic. With their help, Mordenn defuses a series of well-known TV drama tropes, turning drama into no drama.” 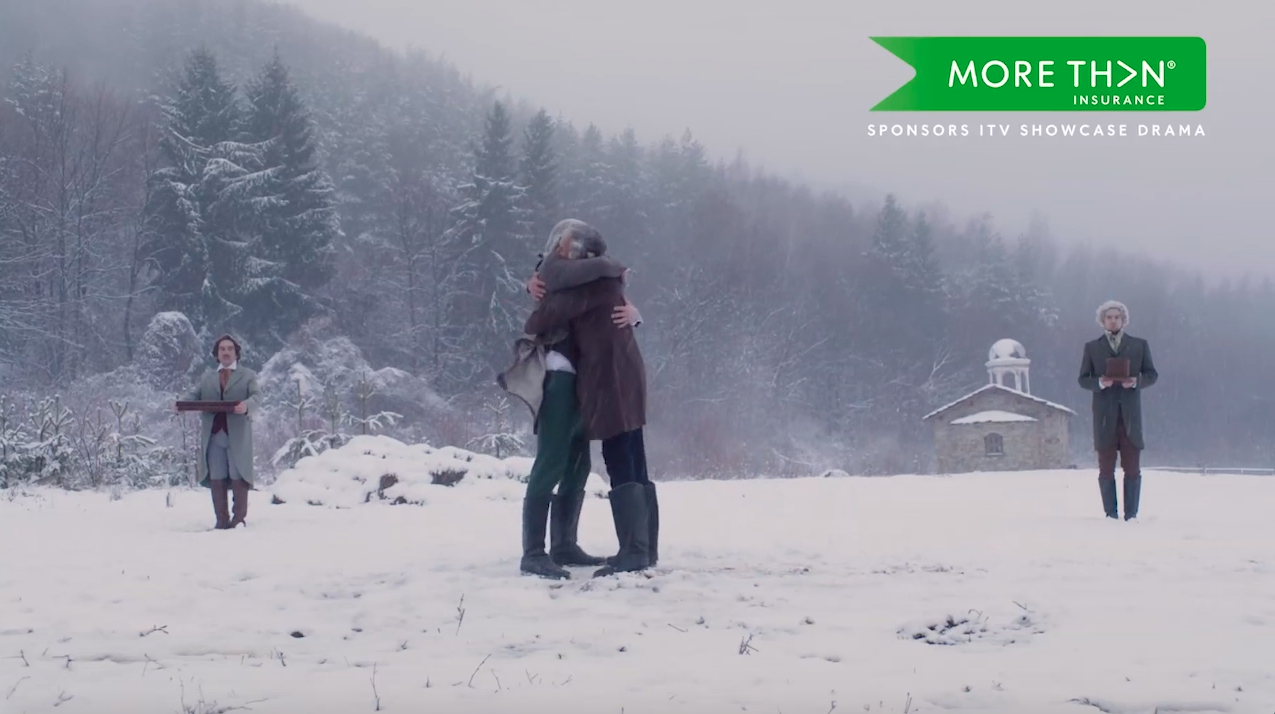