A roundup of unconventional advertisements centered on sound and innovation. 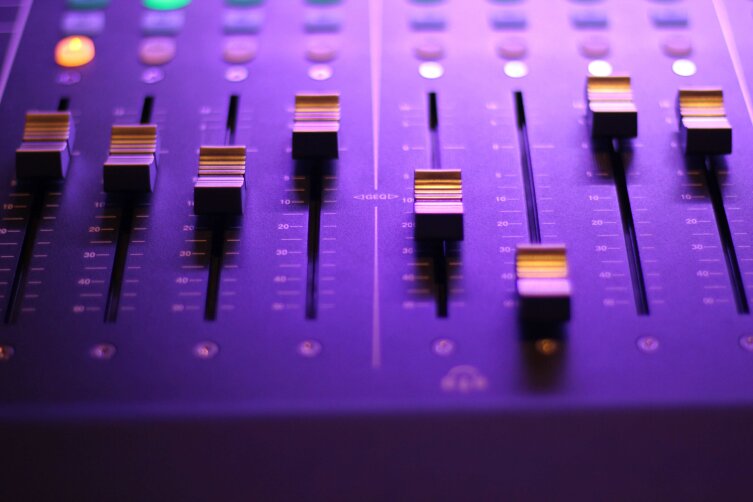 As we rapidly evolve towards a digitally-focused world, it's important to learn and experiment with alternative forms of media, especially in advertising. We've compiled a roundup of unconventional work centered on sound and innovation.

To reach a new generation of recruits and continue to land their ‘A Step Ahead’ positioning, the AFP, Australia’s national policing agency, partnered with Host/Havas to launch Crime Interrupted; a podcast series that takes listeners deep behind the scenes of some of the country’s most involved investigations.

Host/Havas created the six-part series in partnership with the AFP and leading Australian podcast Casefile. Crime Interrupted opens the vault on some of the AFP’s most complex investigations, including interviews with the officers responsible for cracking the cases and some insight into the techniques used to unravel the crimes.

Host/Havas developed the series as a compelling alternative to creating stock standard police recruitment ads to engage the next generation of officers for the AFP, with a focus on women, people from diverse backgrounds, and First Nations people.

The leaves of the Indigo Plant, valued by civilizations for hundreds if not thousands of years, have long been used for medicinal and decorative purposes. Using cutting edge technology, music agency Syn worked on an innovative project for luxury skincare brand Tatcha, which involved recording the Indigo plant with PlantwWave technology in Tatcha’s newly released ‘Five Senses Ritual’.

Tatcha’s five senses calming ritual seeks to give its consumers respite from the stresses of modern life, by engaging sight, smell, touch, taste and sound. With the help of ‘PlantWave’ technology - a small device that measures slight electrical variations in organic matter through two electrodes placed on the leaves - the Syn team travelled south to Tokushima in Shikoku to record the sound of the Indigo Plant. As Indigo is a key ingredient to Tatcha’s ‘Five Senses Ritual’, the concept was to bring the sound of these special plants to life and weave them into an original piece of music to accompany the night-time ritual.

‘Indigo’ is available in stereo on Spotify, Deezer and on Apple Music in Stereo and Spatial Audio .

Wunderman Thompson Riyadh created a series of short radio ads to demonstrate Ikea’s Small Space Value Collection. The campaign consists of the world’s first-ever IKEA radio catalogue. For the cost of a one-minute radio commercial, they launched 20 different short spots promoting all the items in the Small Space Collection.


The Hardy Boys, Wunderman Thompson’s South African partner agency, launched a campaign to support Unilever’s Joko tea brand on its mission to end the silence around domestic violence. Joko’s #DonateYourVoice campaign encourages South African celebrities, influencers, the general public and TV and radio presenters to read out stories from survivors of gender-based violence. This is part of the purpose-driven tea brand’s End Domestic Silence drive that encourages the nation to break its silence about gender-based violence (GBV) and focus on the appalling state of domestic abuse in South Africa.

Distributed by iHeartMedia, 'Calling Bullsh!t' is the first podcast about purpose-washing...the gap between what companies say they stand for and what they actually do — and what they would need to change to practice what they preach. Hosted by Ty Montague, co-founder, Chairman, and Chief Purpose Officer of co:collective, a creative and strategic transformation partner for purpose-led businesses.

In each episode, Montague calls on journalists, authors, leaders, and CEOs of some of the brands featured in the season to explore a company’s path to success and meaningful change. He also facilitates a panel discussion with additional experts to debate the company or organization at hand and provide concrete remedies and solutions for cleaning some of the b.s. up and to help drive action and transformation.

Ty Montague has been named one of the Top Ten Creative Minds in business by Fast Company, as well as one of the 50 most influential creative people of the past 20 years by Creativity Magazine.

RPA’s podcast, Clear the Air, takes a deep dive into the hottest topics and trends within advertising and marketing. With a lineup of fresh perspectives from internal agency employees and external marketers, Clear the Air explores issues such as leadership during the pandemic, the big debate surrounding data privacy, and so much more. Episodes can be found here.


Tim Cawley, founder of HeyLet’sGo, is also a musician and songwriter. Recently, HeyLet’sGo created a campaign for Plymouth Rock where they cast Rob Halford, the lead singer for Judas Priest, in a series of ads. Tim was the copywriter and wrote the music and lyrics for the songs in the campaign. In the hilarious ads, Halford rocks out in suburban homes to songs about policies in a stark contrast to the middle-class types alongside him.

Instagram’s "Yours to Make" campaign, created by Sonic Union, emphasizes the positive effects Instagram may have on identity. Mix Engineer/Sound Designer Kelly Oostman expands on the campaign below:

"This spot was intended to take shape based on the personalities and individualities of the talent cast to bring it to life. So, the idea was to spend time chatting with all of the talent and getting to know them as people and basically just letting them be themselves. Now, this sounds great in theory… but in reality, you find yourself sitting through 15 hours of interviews trying to do some mental Tetris to get something interesting to fit into a 90, 60, and 30. Blessedly, I was present for all of the interviews and took notes through with timecode markers to find my way back to interesting or wild or wholesome soundbites from the interviews.

THEN, we transcribed the entire thing and read through each of the interviews again looking for more material. So once all of the pieces were pulled out, it becomes actual audio Tetris to fit everything in a place that makes sense for the tonal dynamics of the visuals in the spot. The revisions process alone was practically three times more time consuming because I had to go back to the hours and hours of interviews to find a new piece to fit a specific puzzle piece in the tone and length shape that was called for. Once everything was roughly locked in terms of “script” we went to mix to achieve the right layering and artistic feel we were looking for. This included some filtering and reverb on certain pieces of dialogue and also stacking pieces on top of each other to create a cacophony of voices that drop out to hollow echoes and sound design. This project was unlike anything I’ve had to attempt in the world of dialogue edits and was a genuine pleasure to work through."

Defenders of the truth

Modern Marketing : Parents are not a segment

How blockchain won the Super Bowl