On the Move Again At Last

Airlines and travel brands are encouraging us to pack our bags and head out after many months at home.

The world is slowly opening up for foreign travel, and some of us may soon be lucky enough to enjoy the now unfamiliar experience of boarding an aircraft. Airlines are certainly doing their best to lure us into the sky again. As soon as America re-opened to travellers, British Airways surfaced with a new take on a vintage photograph. 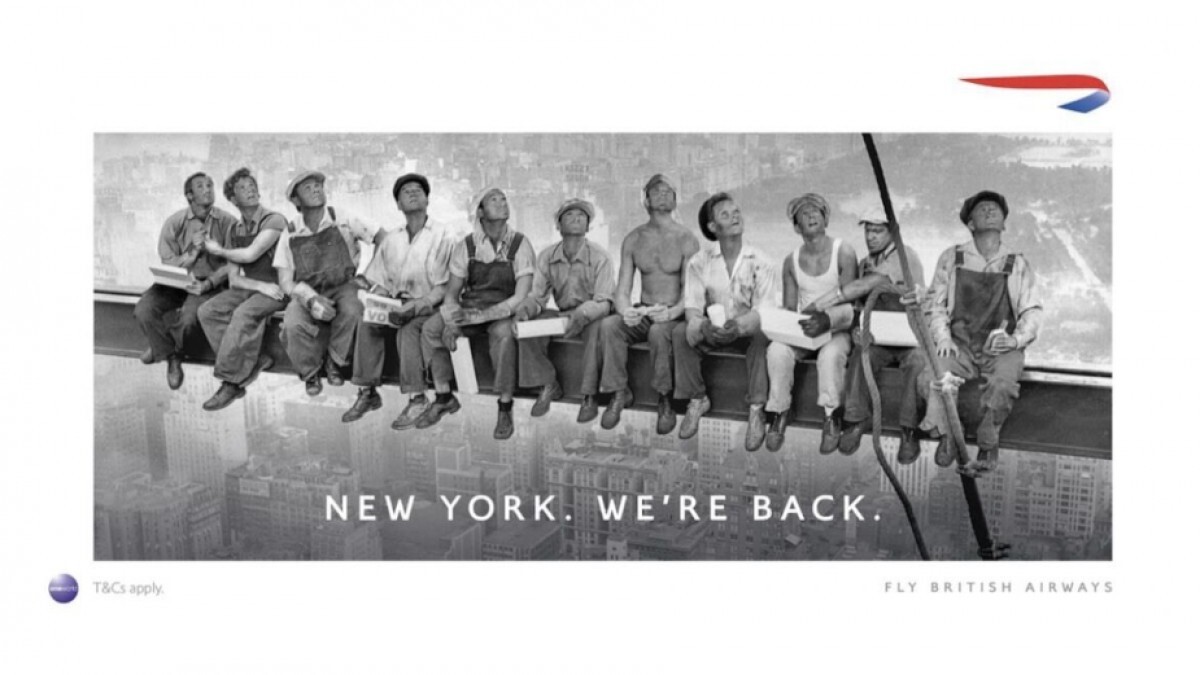 Meanwhile, Flying Blue – the joint Air France and KLM loyalty programme – evokes the experience of flying for the first time with an emotional film and a podcast, courtesy of the agency Isobar. Before the pandemic, we’d perhaps become blasé about our ability to go anywhere, anytime. An enforced break may have allowed us to rediscover the magic of travel.

In Argentina, the airline Flybondi evoked the ire of many customers when it was forced to cancel flights. Once it was no longer grounded, with the help of its agency Hoy it came up with a clever digital campaign that allowed people to think it had slashed its prices by mistake. When the truth was revealed, the airline regained its popularity.

Despite the fact that travel is becoming easier, 2021 may not be the ideal year to launch a new airline. But say hello to ITA Airlines, the Italian airline that’s just replaced Alitalia. Its agency VMLY&R therefore focuses on “new beginnings”, with a subtle campaign that presents ITA as the airline of a new generation, while mostly avoiding pictures of planes.

Of course, there were upsides to the lack of travel, especially as far as the environment was concerned. Did you notice the pristine blue skies of summer 2020, entirely free of vapour trails? German rail service Deutsche Bahn and its agency Ogilvy Germany are encouraging business folk to meet in person again, but they suggest that the train is a better option. The endline translates as “Business travel is by train. Safer. Climate-friendly. Relax.”

Or how about a scenic road trip? This handy app from Jeju Tourism Organization and Cheil in South Korea guides you to your destination via the loveliest routes, rather than the fastest ones.

Travel requires baggage, of course, which is why luxury luggage brand Rimowa has also adopted re-opening as the theme of its latest campaign. Roger Federer, Rihanna and LeBron James all get their own spots, but the manifesto is provided by rock legend Patti Smith with her own ode to the joy of travel.

In a different twist on the theme, travel rewards card Avion and the Canadian agency Battery adopted the point of view of the luggage itself. How much dust has your suitcase gathered?

So where do we want to go, now we can actually get going? Ads for tourist destinations are often clichéd, featuring a string of sights. Thanks to TBWA, Visit Singapore came up with something different. They allowed a Singapore taxi driver to live stream from the inside of his cab, so users of the Twitch live streaming site could explore the city with him from anywhere in the world – and even ask him to “take” them to specific places. An excellent way of promoting Singapore to young or tech-savvy travellers.

Finally, hats off to Dubai Tourism and Mother London, who’ve made a series of fake movie trailers that are as funny as they are appealing. Here’s the latest epic, with just the right amount of romantic drama and corny dialogue. Let’s fly.

Crisis Communications: How to Handle the Press When Unexpected, Bad News Befalls Your Agency

Aligning Your Roster to Your Model