Mercedes Erra, co-founder, BETC: “Immigration made me who I am.”

The co-founder of French agency BETC, recently named Commandeur de la Légion d’Honneur, talks about how her background helped her rise to the peak of her profession. 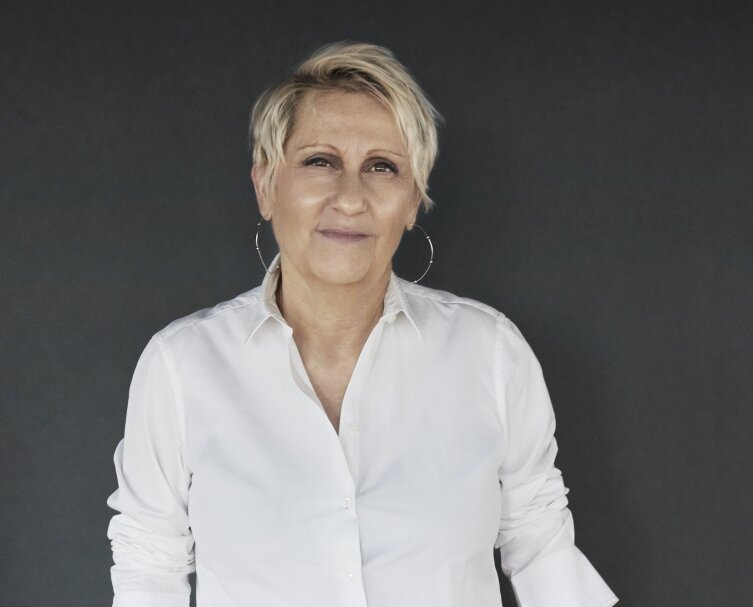 Perhaps even more than advertising itself, immigration has been a major theme and driving force of Mercedes Erra’s life. Born in Catalonia, not far from Barcelona, she arrived in France at the age of six, not speaking a word of French.

Her “otherness” became a motor to succeed, to become more French than French, says the BETC co-founder and President. “France has been the focus of my life, my career. All my choices have been because of France.”

When she was recently named Commandeur de la Légion d’Honneur (close to a knighthood), the ceremony took place at the National Museum of the History of Immigration, where she presides over the board of directors.

“As I said at the time, immigration is a good thing for France. When you come from elsewhere, it’s usually because you’ve chosen to be here. So you’re eager to do well. You’re prepared to take on the jobs the French no longer want to do. You’ve got more drive.”

She also wanted to do well for her depressed mother, who had left Franco’s Spain to find a France that was – in the early 1960s – grey, austere and closed. The family, bourgeois and well-off in Spain, had dropped a social class.

Mercedes recalls a photograph of herself standing with her parents and her brother outside the neat family home in Spain, shortly before their departure. “It was as if we understood that we were leaving that life behind. I looked like a spoiled princess in my pretty dress. When I came to France, that little girl was no more. But the one who replaced her was more interesting. More of a fighter.”

“It was as if they’d invented advertising just for me”

This combative edge continued through her education. “Whenever I had a choice in my studies, I always asked ‘What’s the hardest’? In order to get into the best school, I told my mother, ‘I’m going to study Latin’.”

That path led to the Sorbonne, where she qualified to become a classical literature teacher. But after two years of stuffy academia she yearned for a more dynamic environment. She passed the entrance exam for the prestigious HEC business school, which was more to her taste. “The French education system was all about negativity – knocking you down. But HEC was based on the American system. They were positive; they instilled confidence in you.”

When she arrived at Saatchi & Saatchi France as an intern, everything fell into place. “It was as if they’d invented advertising just for me.” It was a winning combination of intuition, empathy and strategy. Even her literary background helped. “How many times have I understood the behaviour of a certain type of consumer thanks to literature? In books, you find all human emotion.”

Eight years later, she was managing director of the agency.

“Not only did I enjoy hard work, but I had an enormous sense of responsibility. It came from being the eldest daughter in a complex family. From the very start, I felt as though everything was my fault. When I saw a problem at the agency, I had to solve it. And that got me noticed.”

She also revelled in the challenge of persuasion. “In order to persuade the public, I first had to persuade the clients. People who half the time didn’t want to buy my idea. ‘That’s going to overturn everything we do,’ they would say. And I told them, ‘Good, because without change, you’ll stagnate.’”

She was aware of the glass ceiling, but ignored it. “My mother had felt trapped and unhappy in the role of housewife, with all its repetitive tasks. But my father always seemed to enjoy working and earning money. So I decided to turn things around: I wouldn’t stay at home, I’d go to work.”

Occasionally somebody would ask her, “Aren’t you going to leave and have babies?” Mercedes remarked that nobody asked her male colleagues the same thing. In the end she did it all – raising a family too. “Looking back today, I would say that I worked twice as hard as any man.”

In 1995 came the creation of BETC, with Rémi Babinet and Eric Tong Cuong. “I wanted to create a French agency,” Mercedes underlines. “It always annoyed me at Saatchis when we’d win a big client and suddenly the work would disappear off to London.”

No longer: true to her philosophy, BETC set about evolving the image of classic French brands like Evian and Air France with a combination of charm, humour and elegance.

BETC is now headquartered in a converted warehouse building, as large and smart as a cruise ship, in a previously down-at-heel suburb of Paris. The presence of the agency has helped boost the neighbourhood. But during the parenthesis of lockdown, the great edifice was silent. Mercedes is keen to get it humming again. She has reservations about remote working.

“We don’t yet know what the long-term impact of it will be. For example, it took us years to get women out of their homes – then suddenly they were back there again. It set us back more than 30 years. We can’t allow them to get stuck there.”

Pantin is not a quick commute for some staffers – Mercedes herself cheerfully admits that she often comes in by taxi, submerged in work the entire trip – but she believes it’s worth the effort. “In our job you can’t underestimate the importance of the collective. But I think everyone benefits from the structure and camaraderie of a work environment. It’s especially crucial for young people, who need to learn from the experience of others.”

Ever energetic, Mercedes has always been busy outside agency life. Among many other things she was the initiator of the Women’s Forum for the Economy and Society. She’s actively involved in a French commission that keeps a watch over the image of women in the media.

But that doesn’t mean she can’t relax. She reads a great deal, and gets a lot of pleasure from “the art of living”: entertaining, interior design, hunting for vintage furniture. In the end it’s a very French concept – l’art de vivre – which, for the Spanish “princess” who became an admired French business leader, makes perfect sense.

This book was their baby: Epica Awards PR Grand Prix