Born and raised in New Zealand, the MD of Amsterdam-based HarrimanSteel is also the co-founder of an e-shop for interior design connoisseurs. 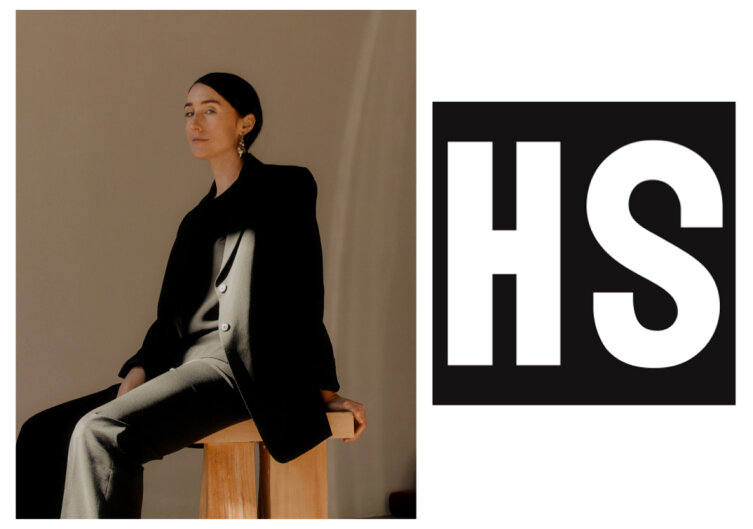 If you want to arm yourself for your future career, it may be an idea to start out in an industry that’s both demanding and judgmental. Leah Forsyth-Steel started out as a booker at a modelling agency.

“It was a bit of a baptism of fire,” she confirms today, “but the agency was run by a phenomenal businesswoman, Sara Tetro, and from the start I worked with a small all-woman team. So while it wasn’t ultimately what I wanted to do, as that side of the industry didn’t sit well with me as a young woman, I did learn a lot about women in business. One of the key takeaways was about confidence and holding your own.”

It was also her first dive into the creative community, working with photographers, art directors and stylists, which set the scene for the advertising world and eventually her position as managing director of Amsterdam-based agency HarrimanSteel.

Before that, though, Leah was able to explore her love of the arts at the Auckland Museum, where she wove content out of history. “It was definitely about storytelling, and how you interpret stories. In fact we were called ‘the content and interpretation team’. During that time I worked with a lot of external design agencies and creatives – and it really planted the seed for me that I wanted to work outside the restrictions of a cultural institution.”

The road to Amsterdam

Not right away however, because her next job took her to the UK, and the Royal Observatory in Greenwich – the home of Greenwich Mean Time. The temporary post included helping to manage the refurbishment of the site’s planetarium. Her office had one of the best views in London, overlooking leafy Greenwich. “After five months they wanted to renew my contract, but I was itching to get some agency experience.”

She worked for a number of small design agencies before joining HarrimanSteel as a senior account manager in January 2015. Originally based in London, the agency opened an office in Amsterdam six years ago after winning the Converse EMEA account, eventually moving the entire business there.

“It was a hard decision, but so many of our clients – Converse, Nike, Patagonia, Sonos – were in the Netherlands, and we felt that the opportunity was in Europe. Since then we’ve grown from eight people to around 26. We’ve been able to broaden our client base while at the same time focusing on the work we want to do.”

The agency embraces purpose (“although I tend to shy away from that word these days,” Leah jokes), for example helping Patagonia spread the word about its climate-friendly supply chain, or inspiring female soccer players during the Nike Women’s World Cup.

“Because we’re not part of a big group, we’ve been able to evolve based on our instincts and our passions. One of the things I always say about HarrimanSteel is that we’re very ‘human’ – in terms of the way we operate and our work. We’re very people-centric, we’re very consumer-centric. And we do believe that creativity is a tool for positive change.”

I wonder aloud if Leah’s upbringing in New Zealand has impacted the way she approaches her job. “I only realised this in hindsight, but as New Zealand is isolated geographically, there’s a huge attitude of innovation, because of the constraints we face. You can’t pop across to Europe for a meeting. If you try and get any supplies from anywhere, it costs a fortune. So I think there’s a strong problem-solving mentality, aligned with an entrepreneurial spirit, because there are less job opportunities, so people start their own businesses. I’m quite proud of the Kiwi spirit. And if you hire a Kiwi, you know they’re going to work really hard.”

Having worked her way to MD, through what sounds like a combination of management savvy and creative empathy, does she feel a responsibility to be a role model for young women in the industry?

“I do, yes – and it’s mostly inspired by the conversations I have with female staff. For example, I talk to my staff every year about salaries, and it’s interesting to note that a lot of the time female staff won’t ask for more, or they’ll accept what they’re given, whereas men have no problem with asking for what they want, whether or not they’ve got a case to back it up! So I encourage female staff to think about the increase they want and make a case for it, which is very much what I’ve done throughout my career myself.”

She also wants to help foster a new generation of female creatives. “We’ve got some great young women creatives on the team at the moment, and I think a lot about how we can nurture their talent and build their confidence so they can become creative directors.”

Indeed, one of her roles as MD has been to build a diverse team. “We wanted to ensure we have a global team who can bring different perspectives. We’re responsible for telling stories, and we felt that we couldn’t have everyone cut from the same cloth if we’re trying to tell a global story.”

You don’t have to be Sherlock Holmes to work out that Leah Forsyth-Steel met her husband, Nick Steel, at HarrimanSteel. Working together as a couple can be tricky – does she have any tips for those in a similar situation? The office didn’t pose too much of a problem, she says, as the agency staff respect them as individuals.

“It’s more of a challenge when office hours end. It’s normal to talk about your day over a glass of wine, but what happens when you work at the same place? You start problem-solving at home – and then what you’re actually doing over dinner is working. So my advice would be to set boundaries together. You have to draw a line in the sand: after a certain time of night, you don’t talk about work.”

Leah actually made a bet about this with Nick. He lost – Leah now has a Labradoodle.

These days “home” is London again – the couple moved back there at the end of 2019 for the birth of their little girl. “Of course we had no idea what was going to happen next. But in fact we’d already been exploring remote working as an agency, because Nick’s business partner Julian [Harriman-Dickinson] was still based in London.”

As well as being busy with agency and family, Leah has a parallel career as co-owner – with set designer Victoria Spicer, a fellow Kiwi – of Monument Store, an e-commerce boutique that sells lovingly hand-picked furniture, art and design pieces.

“The partnership with Victoria is amazing because we have a shared passion for interior design and decoration. I grew up in a family of collectors, which is why a museum environment really spoke to me. I see purchases as acquisitions, additions to a personal collection that you curate to express yourself...We believe there are enough beautiful design, art and objects out there – and unfortunately there’s a lot of ‘fast’ homeware. This is about collecting things we love, things that have a certain permanence and gravitas. Hence the name.”

Running two businesses is a challenge, she admits. “But one of the interesting things is being able to apply all the things I’ve learned at HarrimanSteel to my own business, in terms of brand building, storytelling and the consumer journey. And so far so good!”

Taking Italians Back To the Skies: VMLY&R Italy

Cloudfactory Creates "No Bias, No Excuses" Campaign for The Epica Awards
Previous
Interview