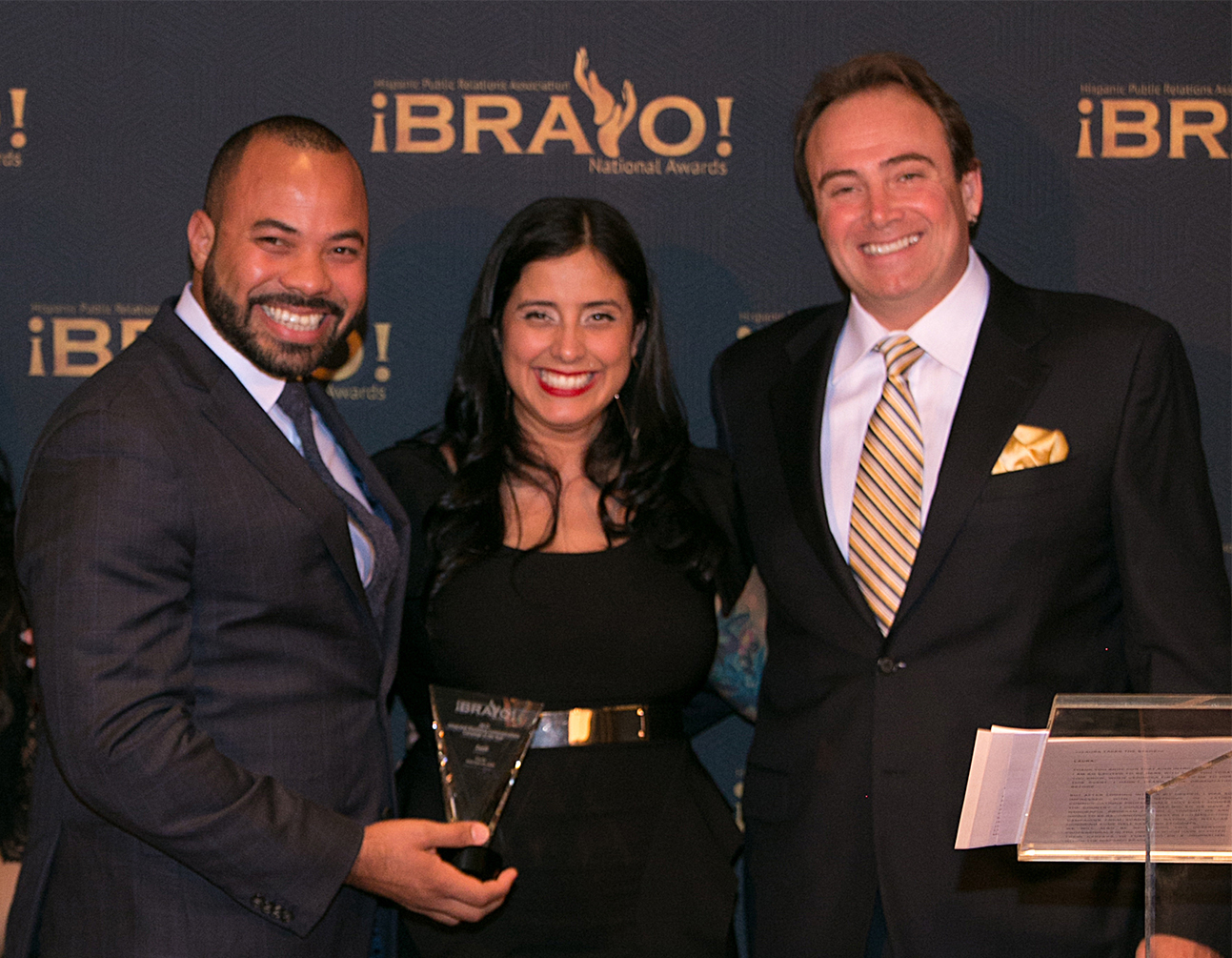 Integrated Marketing Campaign of the Year is the latest received at the HPRA National ¡BRAVO! Awards

“The awards this campaign has received are a testament to the extraordinary team effort at all levels of the agency,” said Conill President Carlos Martinez. “As a longstanding business partner, we are proud to continue producing campaigns that build on Toyota’s success at reaching the Latino consumer in fresh and innovative ways.”

The “Mas Que Un Auto” campaign is a celebration of Latino loyalty -- not just for the brand, but for their cars. Backed by research that revealed a strong bond between Latinos and their Toyota’s, the campaign became a cultural movement to demonstrate how fun, engaging and rewarding it is to be part of the Toyota family.

At the core of the movement was http://www.masqueunauto.com, an online hub where consumers could express their individuality and loyalty by creating custom name badges for one of their trusted Toyotas. Once visitors entered their information, high-quality badges were produced and mailed to them at no cost. The hub also provided consumers an opportunity to share their stories via online and social media channels.

ABOUT THE HPRA NATIONAL ¡BRAVO! AWARDS
The HPRA National ¡Bravo! Awards are the most prestigious awards in Hispanic communications recognizing the industry’s finest campaigns across several categories including: automotive, technology, sports, digital, non-profit and integrated marketing communications, among others. Judges for the 2015 HPRA National ¡Bravo! Awards were comprised of senior public relations and marketing professionals across the agency, corporate and brand levels.

ABOUT CONILL
Conill is among the fastest growing and most highly awarded multicultural agencies in the U.S. It has been recognized by the industry’s leading trade publication, Advertising Age, in its annual Agency A-List Report for five years running and named Multicultural Agency of the Year in 2011 and 2007. The agency’s roster of clients includes Aflac, Procter & Gamble, T-Mobile and Toyota Motor Sales.

The Year Ahead for Multicultural Marketing

By Laura Semple The Association of National Advertisers (ANA) recently wrapped up what may have been its most compelling multicultural marketing... ler mais
AGENCY: ,