DDB North America announced the appointment of Britt Hayes as Chief People Officer. In this newly created role, Hayes will report to Chief Executive Officer Wendy Clark, working closely with leaders from the network’s 17 North American offices to oversee all talent and development programs, diversity and inclusion initiatives, and recruitment for the agency.

Hayes brings 18 years of experience in agency recruitment and creative management to DDB, having worked for some of the world’s largest and most awarded networks. It was Hayes’ success in both attracting and developing agency talent that landed her on The Adweek 50 list of top influencers.

Hayes joins DDB from Grey Group, where she has been managing creative talent and operations for the network’s flagship New York office as Executive Director, Creative Management. Prior to Grey, Hayes was Worldwide Head of Creative Talent at J. Walter Thompson.

Previously, Hayes spent 12 years at McCann as Senior Vice President/Director of Creative Services, where she was responsible for managing the creative department and recruiting across McCann Worldgroup in San Francisco, including McCann Erickson, T.A.G., and MRM. She began her career at McCann New York. 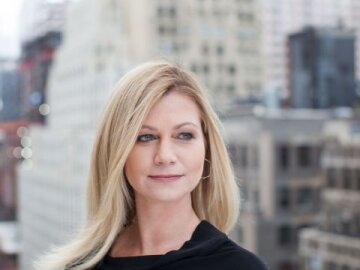