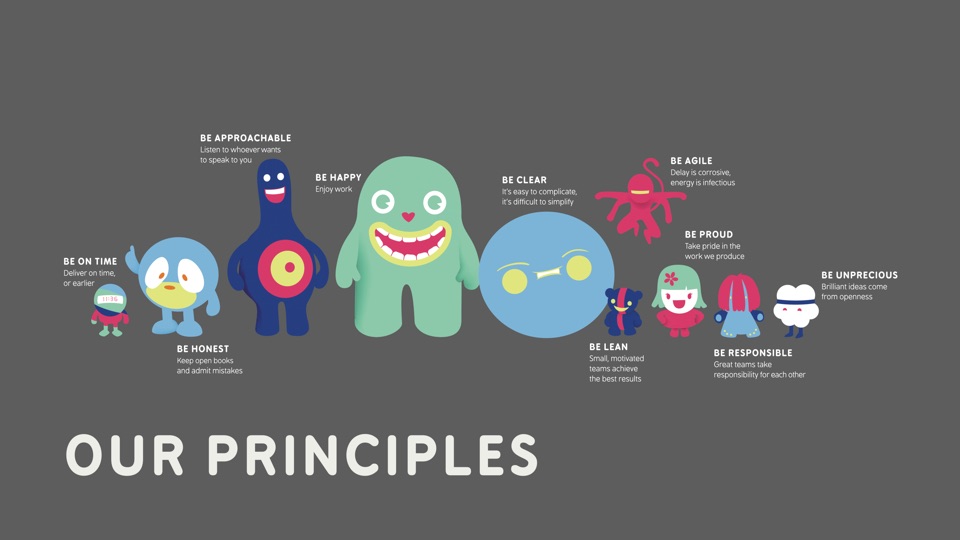 Hot off the heels of Apple's announcement that iOS10 is opening up its chat app for third party developers, VCCP has created and launched its very own stickers. The stickers, which are a collection of colourful cartoon characters, represent the agency’s founding principles; principles such as ‘be lean’, ‘be clear’ and ‘be happy’, all of which are as relevant today as they were when VCCP was founded back in 2002. So what better way of celebrating these long standing values than by recreating them for the online world. VCCP Chief Executive, Michael Sugden, said: “VCCP’s ten founding principles are the bedrock of our culture. I’m loving that we can now use them in everyday conversation on iMessage”. Much like what’s happening with the likes of WeChat, Facebook Chat and WhatsApp, with iOS10 developers are able to build inside the usually walled garden of messenger. As the industry shifts from “there’s an app for that” towards a ‘one size fits all’ approach of a single app with multiple functions, there’s now considerable room to experiment. Launching the stickers has allowed VCCP to actually demonstrate the increasing possibilities for brands within this emerging space as opposed to just talking about them.